Telehealth ventures saw a decade’s worth of progress during COVID-19. What will it take to make those changes permanent? 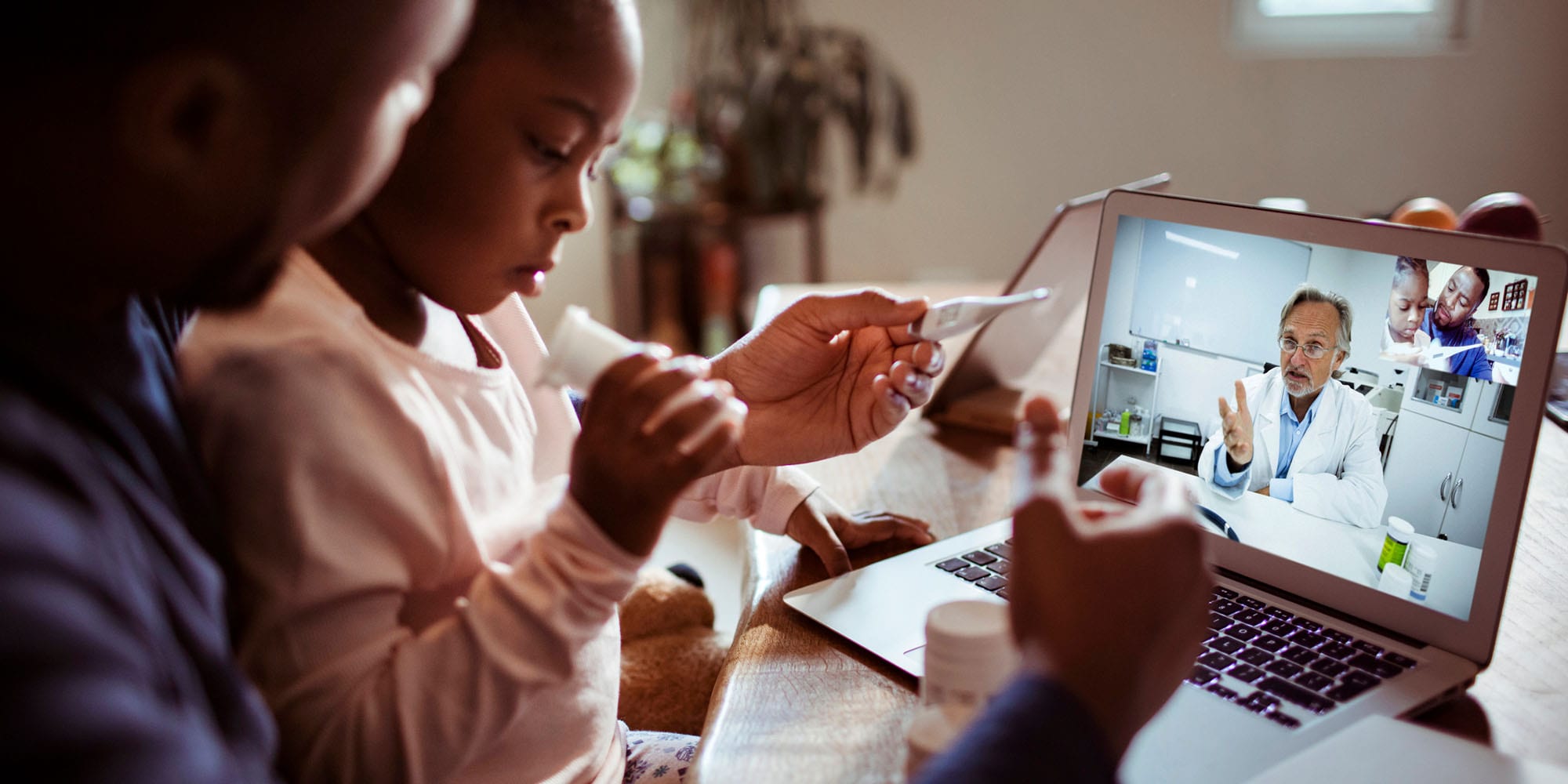 You wouldn’t suspect it today, but there was a time when Canada was a world leader in virtual health care. In 1977, Dr. Maxwell House founded the Telemedicine Centre at Memorial University in St. John’s, Newfoundland and Labrador, an effort that grew from his experiences providing telephone consultations to patients scattered far and wide among the Rock’s remote rural communities. It wasn’t sophisticated by today’s standards, but in the ’70s, medicine-by-phone was a major innovation.

Today, House is recognized as a virtual-care pioneer, and in 1989 was made a member of the Order of Canada. Yet by the time of his death in 2013, the country had become a laggard in the field.

A damning report released this February by Canada’s Virtual Care Task Force highlighted how far behind we are. In the United Kingdom last year, 14 percent of general-practice appointments were conducted over video conference. In the United States’ Kaiser Permanente health system, more than half of “touches” between patients and care providers were virtual. Meanwhile in Canada, only 0.15 percent of 270 million billable services last year were conducted virtually.

Of course, this spring, everything changed.

COVID-19 sparked a surge in virtual care. Canadians accessed online health resources in numbers that most experts thought would take years, thanks to an unprecedentedly nimble response from Canadian governments and health systems as well a nearly overnight scale-up in service from virtual-care providers. The pandemic has radically transformed how we can access care. But what will it take for telemedicine to reach its full potential? 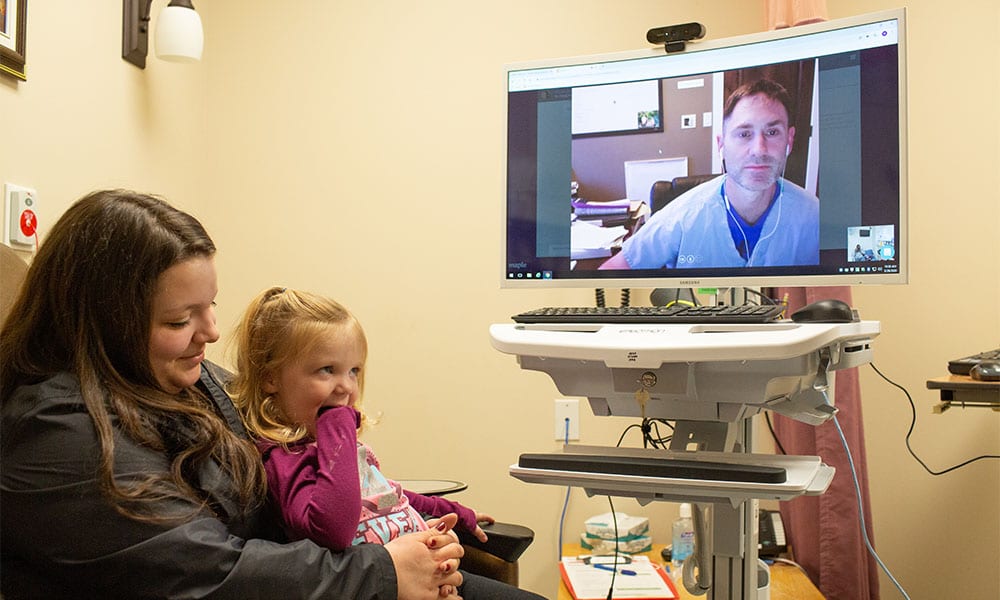 “Prior to the pandemic, we were doing around 1,000 visits per day,” says Brett Belchetz, CEO of virtual-care platform Maple, which provides fee-for-service consultations to patients and private insurers. “Within a week of COVID getting really serious in March, we hit about 4,000 a day. We’ve seen a profound change in terms of willingness by patients and providers to go online.” (Recognizing the growth potential, Loblaw Companies invested $75 million in the company this month.)

In short order, the pandemic did away with reluctance among both patients and physicians to connect virtually. But deeper challenges remain: anachronistic provincial funding models, restrictive interprovincial licensing and, maybe above all else, the disjointed information architecture that has long plagued our health system.

As Belchetz puts it: “We’ve proven to people that this works. Now how do we take what has happened temporarily, and make it scalable permanently?”

First, the (relatively) easy stuff: payment. Before COVID-19, only British Columbia permitted physicians to bill for virtual-care consultations. That meant that Canadian virtual-care platforms could only provide care directly to consumers, or through private insurers. That limited the sector’s growth, and risked creating a private, digital tier in the Canadian health system, at odds with the principles of a public health system.

By this April, however, every province and territory had created new billing codes to allow doctors to provide virtual care. The changes are temporary, but most observers believe they will lead to permanent arrangements, which means telehealth platforms could be effectively integrated into the single-payer system.

But the deepest problem that many virtual-care advocates cite is what’s called interoperability: the way information is managed (or not) among patients, care providers, health facilities and now, virtual-care providers.

Dr. Ewan Affleck is a Yellowknife-based physician who has become one of Canada’s most established voices on the topic of virtual care. (Like House, he’s been named to the Order of Canada for his work in the field, in his case for helping implement Canada’s most comprehensive digital medical-records system, in the Northwest Territories). A co-chair of the VCTF, Affleck is unsparing in his diagnosis: “We have built a completely incoherent information system, which does not deliver health information in a way that supports quality of care. That’s been a 30-year story since the advent of the world wide web. What we’ve done instead is just digitize our analog workflow.”

Affleck illustrates this by describing a patient’s “circle of care”: doctors, nurses, hospitals and clinics, family members and even friends. Data held by one of these isn’t automatically shared with the rest, nor is it often easily available upon request. “Health information in Canada is broken and fractured between these stakeholders,” says Affleck, “so the likelihood of a mistake grows, and efficiency suffers.”

Canadian patients own their own health information, wherever it’s collected. Whoever collects it, whether a hospital or a virtual-care startup, is merely a custodian of the data. But the way in which data is collected, stored and transferred throughout a patient’s circle of care is not governed by any standardized information architecture. That’s why someone who moves between provinces will find that their new family physician has no record of things like allergies or vaccination records.

Like payment and licensing concerns, this interoperability problem isn’t new, but it is complicated by the arrival of new virtual-care players. What’s more, it threatens to undermine virtual care’s potential to use data to drive better quality of care.

SeamlessMD is a Toronto-based company that works with North American healthcare systems and hospital networks, providing an online platform that helps monitor and prepare patients before and after hospital procedures, based on their medical history and needs.

“It can work standalone, not integrated with hospital records at all,” says SeamlessMD marketing manager Alan Sardana. “We do a setup survey and collect patient information at the beginning of their journey, to inform their comorbidities and risks.” But he says that if SeamlessMD had access to a patient’s entire health history, it would make the platform that much more powerful.

Arash Zohoor is the co-founder of Inkblot Therapy, a mental-health platform founded in 2015, which matches patients with certified therapists. (It’s seen usage triple over last year, in large part thanks to the pandemic.) There’s need for a broader “network effect” in healthcare — meaning a more robust dataset, with more information from more patients, Zohoor says. In his company’s case, it could create a more accurate predictive algorithm to patients and therapists.

Affleck agrees that analytics provide a “massive” opportunity to drive better care. But he also sounds a cautionary note. “We keep trying to solve health care by throwing technology at it,” he says, “and that’s not the problem. We need social innovation; to change how we as a system choose to work together.”

The VCTF recommends that “the sum total of a person’s longitudinal health information should be available in a functionally single digital chart that is accessible to their entire circle of care on a need-to-know bases, irrespective of location.” That sounds simple, but to make it a reality will require that social innovation Affleck describes: patching together the many fractures that still exist between different care providers, jurisdictions and private-sector players.

Working better together — developing those interoperable standards, easing the flow of information — is a stated priority for Health Canada, provincial governments and other stakeholders. And though progress has been slow, Affleck believes there’s reason for optimism.

“For someone who has struggled in this domain to see forward movement, it was extraordinary to see so much happening during the pandemic,” he says. “There is clearly capacity for the system to be nimble — if it wants to be.”