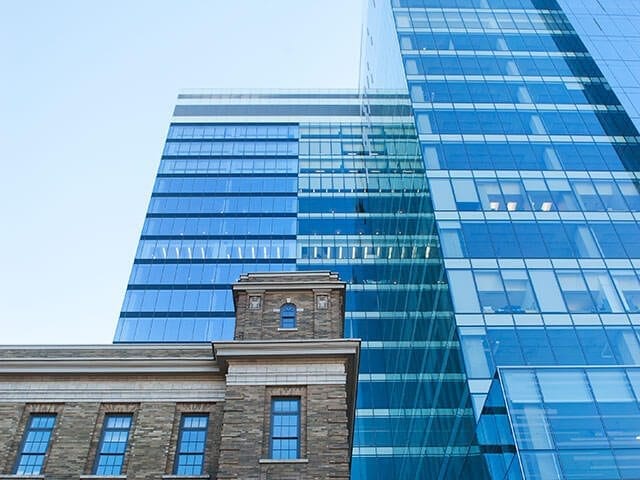 Note: This post originally appeared in The Toronto Star. Story by Robert Benzie.

“Kathleen Wynne and the Liberals … haven’t had a lot of good news lately, but they certainly deserve a victory lap on this one,” MaRS chair Gord Nixon said in an interview Wednesday.

“We made the point that this was not a bailout, but in the midst of politics — with the opposition parties — it sort of took on a life of itself,” said Nixon, a former Royal Bank of Canada chair.

The 20-storey research and development complex at the corner of College St. and University Ave. received $395 million in loans from the province over the years.

During the 2014 election, the opposition Progressive Conservatives and New Democrats charged the project was a boondoggle because it was more than two-thirds vacant at the time.

“It’s been a bumpy road to get here,” said Nixon, noting that after about three-quarters of the loans were repaid, the government still has a stake in a prime property that has increased in value.

Economic Development Minister Brad Duguid wryly recalled how “the opposition were all over us on this issue and didn’t want us to make these investments.”

Duguid said the Liberals couldn’t abandon MaRS, because the innovation hub is a key part of the government’s strategy to attract and incubate high-technology businesses.

“Frankly, it’s time our government got a little bit of credit for some of the challenging decisions we’ve taken on and the bold decisions we’ve made to make this happen,” the minister said.

“MaRS was challenged because of a partnership with a U.S. company (Alexandria Real Estate) that had been hurt by the global recession and it impacted its ability to lease up its space,” he said.

“Rather than take the easy political out, which was to call in the loan and take our licks, we determined that this was still a really important project for Ontario and … doubled down. We knew it was going to work. Our investment was fully secured.”

“These guys took a calculated risk and, most importantly, they saw it through,” Nobrega said of the province helping MaRS with bridge financing.

Ilse Treurnicht, CEO of MaRS, said the deal allows “us to pay back the taxpayers of Ontario as quickly as possible.”

“We’re incredibly grateful that the province stepped in when that unexpected bump in the road occurred,” said Treurnicht, adding the new private investors are “conservative,” which sends the market a message that MaRS is a safe long-term bet.

“The West Tower is an impressive state-of-the-art research complex with an exceptional roster of tenants, in one of the most desirable locations in Toronto,” said Shaw.