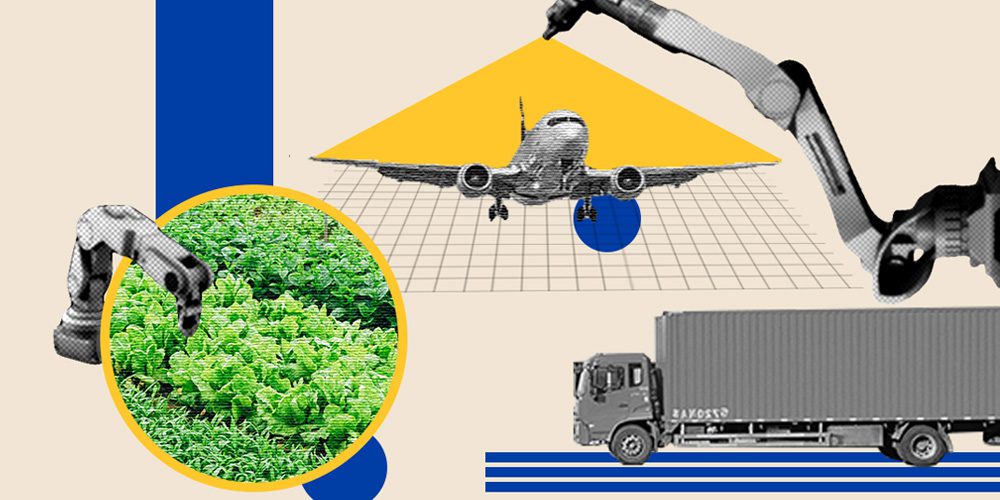 A group of British tech ventures have landed in Toronto — bringing with them robots, complex vision systems and the goal of North-American market expansion. On October 18, MaRS and Innovate UK (the U.K. Government’s innovation agency) announced a pilot program that will see eight British advanced-manufacturing startups take on a four-month virtual residency in Toronto. Each of the companies will receive MaRS advisory services, and will participate in a series of in-depth workshops and networking events.

“Strong talent coupled with intelligent technology will allow Canada to produce high-quality, high-value products,” says Jason MacFarlane, head of advanced manufacturing services at MaRS. “This first cohort of U.K. technology companies will add to our existing pool of manufacturing solutions for both small businesses and corporations alike, while also opening the door for Canadian startups looking to expand into the U.K. and beyond.”

Ontario, in particular, is a manufacturing force. According to the Innovation Economy Council, 10 percent of jobs in the province are in manufacturing, and about 50 percent of the 45,000 factory jobs created since 2010 are in advanced manufacturing. This new sector represents a huge opportunity as it accounts for a disproportionate share of Canadian economic output, exports and R&D.

The companies that make up the program’s inaugural cohort are making such innovative products as robotic farming harvesters, automated assembly lines and electron beam printing. David Golding, head of global partnerships at Innovate UK, is excited to watch the partnership develop: “MaRS gives these promising ventures a launchpad to the North American market and the potential for exponential growth,” he says.

Harvesting vegetables by hand is brutal, costly work. So, imagine an army of robots that could both eliminate backbreaking labour and predict future crop yields. Such is the work of Muddy Machines, a startup that has developed a robot — lightweight and battery-powered — for harvesting asparagus. The grander vision: scale the robot for all sorts of crops to stop the carbon-intensive import of vegetables that can be grown locally. Muddy Machines has been working with two major asparagus growers in the U.K., and the company is seeking to build relationships with Canadian farmers.

In a nutshell, Conundrum Industrial builds and trains smart robots to take care of operations on their own. This includes predictive maintenance, quality control and optimization. The distinguishing factor here is the company’s proprietary A.I. and machine-learning SaaS, which is ideally suited for the mining, chemical, metal and energy industries. Canada’s strong A.I. community could serve Conundrum Industrial well.

Targeting aerospace, renewable energy and the automotive industry, Loop Technology builds entire suites of machines to help manufacturers improve efficiencies and mitigate climate change. Founded in 1998 and currently with more than 40 employees, the company specializes in machine vision and motion-control systems. North America is one of the world’s largest markets for such products, and Loop is eager to learn more about the region.

True Position Robotics pairs sensors and precision-measurement systems with industrial robots for automation and 3D inspection. By making smart machines smarter, the startup helps customers in aerospace and electric vehicles, with services like high-accuracy drilling and inline inspection. True Position Robotics’ systems are also modular and can be customized to client needs.

Three-dimensional printing has been around for close to 40 years and still people can’t get enough of it. Aside from it being cool, it can help manufacturers save production costs and provides imaginative designers almost unlimited possibilities. Wayland Additive’s brand of 3D printers — based on novel developments in scanning-electron microscopy and electron-beam lithography — are even more special. For the layman, the printers offer higher productivity, unmatched processing and monitoring control, as well as a wide range of materials. Wayland Additive’s vision is to help manufacturers to build locally, thereby reducing the costs and carbon emissions involved in shipping parts in from elsewhere.

Fergusson Advanced Composite (FAC) Technology develops, manufactures and tests composites — two or more distinct materials fused into one useful product (fibreglass is a great everyday example). In particular, FAC has developed sandwich panels that are highly damage resistant and relatively affordable for the aerospace, automotive, renewable energy, and oil and gas sectors. The product is also more durable and half the weight of the current best-in-class alternative. Other products include foams for building cladding, which are independently tested and non-combustible.

Often when heavy equipment (think refrigerators, commercial kitchen equipment and laundry appliances) is purchased, the original manufacturers and vendors, along with resellers, operators and just about everyone else in the supply chain, have no idea where that heavy equipment eventually ends up — and in what shape. Loopcycle is a product-traceability platform that enables the management, recovery and resale of valuable physical assets. The startup’s objective is to unlock the value hidden in used machinery, extend the life of products, create stronger supply-chain communities and keep trash from landfills.

On average, MaRS-supported ventures generate more revenue and create more jobs than the rest of the economy. We call this the “unfair MaRS advantage” — see how we make it happen.

The pandemic is speeding up adoption of the Internet of Things

Delivering the goods: How Canadian companies are reducing carbon emissions in shipping