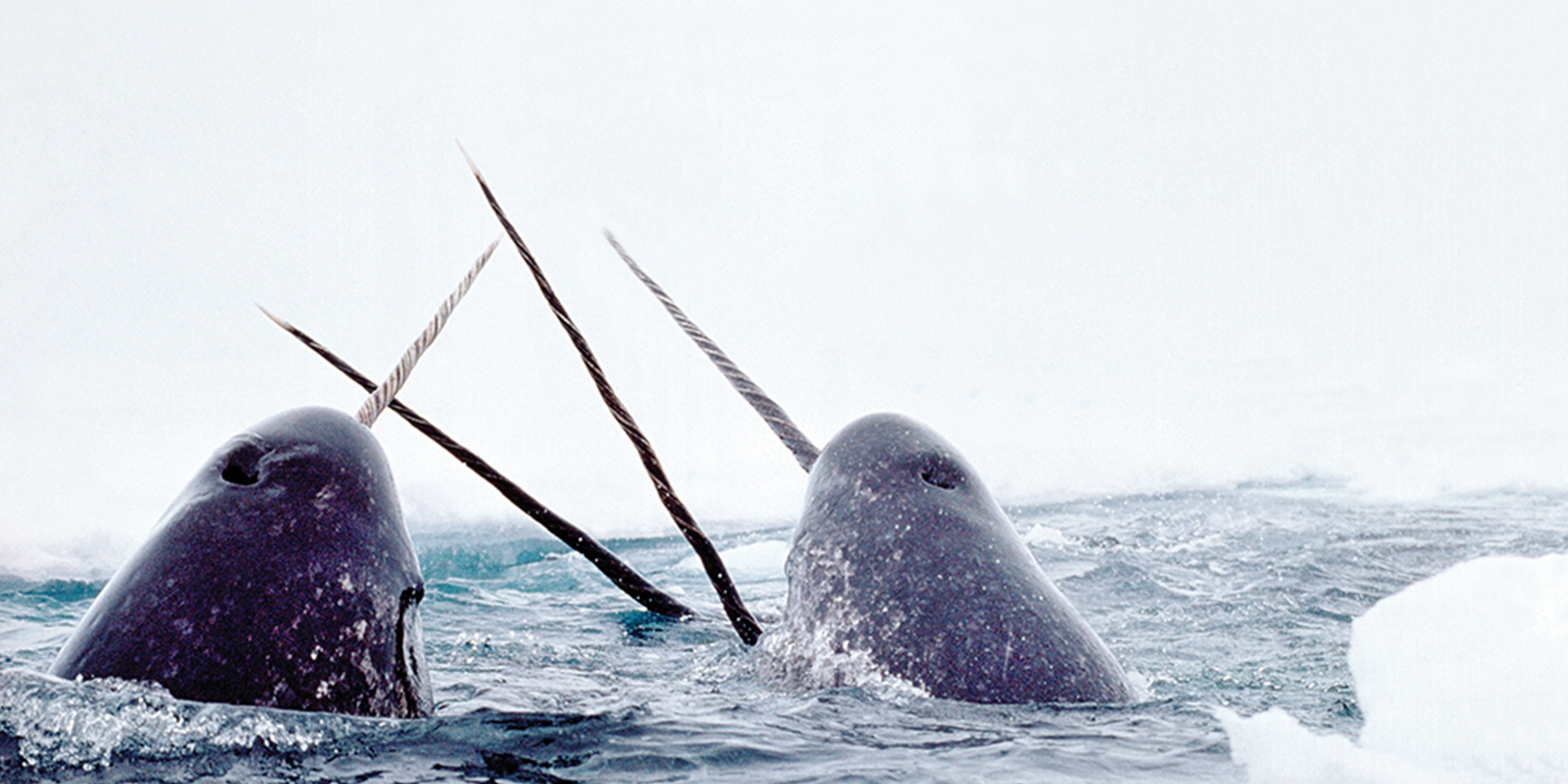 Canada’s tech scene has seen tremendous growth in the last few years, and that means more companies are ready to compete on the global stage.

That’s where the Narwhal List comes in: an annual compilation of Canadian technology companies that are showing ability to scale up and reach world-class status.

Now in its fourth year, the list has expanded to include cleantech companies and has plenty of familiar names. Ritual expanded into more international markets such as Hong Kong and the Netherlands; Wattpad announced a second headquarters in Halifax; General Fusion secured a major funding round — to name a few of recent accomplishments of companies in the Canadian tech ecosystem.

We spoke to Charles Plant, the founder of the Narwhal Project and author of the list, to get his insights into the journey and trajectory of some of Canada’s most promising companies:

The list was created to get people thinking about what it takes to grow a world-class company. I’ve done a lot of research over the last 15 years about what the ingredients are for success at creating these global companies — whether they’re unicorns or public companies — and all sorts of things point to the fact that you need lots of capital. There’s no way that you can create a world-class company without capital.

The idea of the Narwhal List is to show the rate of growth with what we call financial velocity, which is the rate of which companies acquire and consume capital.

What changes have you seen since the first Narwhal List came out?

It was about four years ago when I published the first of these lists. I was just toying around with statistics when I was looking at the list of unicorn companies and I said ‘I wonder how much money they acquire every year to be able to get there?’

I checked the companies’ founding dates and did a quick calculation and saw that there’s an incredibly strong correlation between where they are on the unicorn list and their valuation, and how they’ve consumed and acquired capital.

At the time, we weren’t doing as well as we are now. We had relatively few companies that were on track to become a world-class company. You could see that in our rate of creation of unicorns and companies that are going public — it was pretty anemic. As the list shows, we’re doing a lot better now.

Toronto has produced the most companies on this year’s list — how have you seen the city’s tech sector in particular evolve since you founded the Narwhal Project?

It is getting better year by year. However,  for a large world-class city, it’s interesting that Toronto has yet to create a unicorn. All sorts of things are being created elsewhere — when I look at public companies like Shopify [which is based in Ottawa], I struggle to understand why Toronto is failing to create world-class companies.

Why do you think that is?

We’re trying to be too smart. I think there is a notion that capital efficiency is the way to go, and the more efficient you are with capital the better you’ll do. But that hasn’t actually been the case for the past five years or so. In fact, very inefficient companies capital-wise are doing a lot better.

When you’re overly efficient, in the end you perhaps hire people that don’t have the skills necessary in able to scale companies and we don’t spend enough primarily on sales and marketing to fuel growth.

There were some turbulent stories this year surrounding failed IPOs — is there a case to be made that it’s better for some companies to remain private?

It wasn’t a matter of a company selling, it was the expectations for valuation that were completely off base. As far as software companies go, the big thing about valuation is the faster you grow, the higher your revenue multiple will be. It really doesn’t matter what your losses are as long as you’re in software.

For the most part in Canada, we don’t put massive amounts of capital into companies, we don’t create massive growth and as a result we don’t get massive valuations.

That being said, I’ve seen definite signs of improvement over the last four years.

What are some of the signs that show improvement?

For one, the companies that are at the top end of the country are getting more and more capital. There are more rounds that are over $100 million, and it’s going to take more of that to create the continued phenomenal growth.

Many of the companies on the Narwhal List appear to be founded in the past five to 10 years. Do you expect their growth to be sustained?

They have to — that’s the only way they can go public.

Going public is a matter of timing. These companies have to continue growing the way they are, otherwise they won’t attract late-stage capital and they won’t be interesting for investment bankers to take public.

Some sad examples that were thought a few years ago to be Canada’s darlings are D2L and Hootsuite. They’ve both stumbled. I think they hit peak market — Hootsuite had other problems that they dealt with, but in D2L’s case, once your growth starts tailing off, venture capitalists won’t invest. In which case your growth rate will decline so much that you won’t be interesting to take public.

Once you’re on the venture capital bandwagon, you can’t step off. You have to keep going as fast as you can and grow as much as possible in order to keep that formula working. D2L and Hootsuite are two companies that were unable to keep the formula working.

There were a few companies that came out of nowhere that had been around for a long, long time that hasn’t raised money, that came out and raised substantial amounts of money.

Nuvei, Verafin, 1Password — what you’ll notice is that Verifin was founded in 2003, Nuvei 2003, 1Password 2005 — when you look at typical unicorns, these are fairly old companies. They’re finally getting the type of capital that’s required to vault them into the big leagues. I suspect they were undercapitalized so their growth was steady but lower than it could have been.

When you compare the rate of growth in Canada versus the U.S., are we looking at race between the tortoise and the hare?

Yes, except in this case the tortoise isn’t going to win.

Capital markets overvalue growth. There’s a question in the long run of whether it will continue to work — it has worked for many years, so as long as companies can turn growth into profitability, it will be fine. The more you grow, the better off you are.

Unfortunately, if you put too little capital in, you can’t create the growth that’s necessary.

I’ve had this argument with many people over the years who believe I’m completely wrong. But the fact is, that’s what’s happening in China and the U.S. — particularly in Silicon Valley. Canada isn’t doing it, and they’re succeeding and we’re not.

When you’re looking at the fact that Canada isn’t producing unicorns, is that what you would say is the final measure of success?

No, I would say public companies is the final mark. Unicorn is a stage toward being a public, word-class company. The interesting thing about it is that because there’s so much capital available to private companies now, it’s become more of a benchmark. Fifteen years ago, going public was the benchmark. Nowadays, companies are delaying going public so there’s this huge crop of unicorns being created.

When you look at it, getting onto the Narwhal List is a stage that can be accomplished by a range of companies. Even Element AI, which was founded in 2016, is being put side-by-side with more seasoned companies.

Mentally, you’re going to have to go public or get sold. But the real success isn’t getting sold, it’s going public.

There’s a lot of speculation around Canada currently being at an advantage for talent, especially given some of the rules around visas in the U.S. — would you say this is something that could help us in the long-run?

We have an advantage in being able to get technical talent, but we are at a very severe disadvantage when it comes to getting sales and marketing talent. We keep trying to hire people locally to sell internationally and that doesn’t work.

We’re not going to be able to randomly create unicorns like they do in Silicon Valley because we don’t have the experience. They can grab people who have done it 10 times before; we can’t.

What do you want people to take away from the list?

We’re a small market country. We need to get smart about how we develop things. I think using data, which is what I’m trying to do with the Narwhal Project, is essential for figuring out what successful companies are doing so we can mimic those practices.

How the pandemic has changed education forever