Kids lost more than three months of learning thanks to COVID-19. These edtech companies are helping them catch up 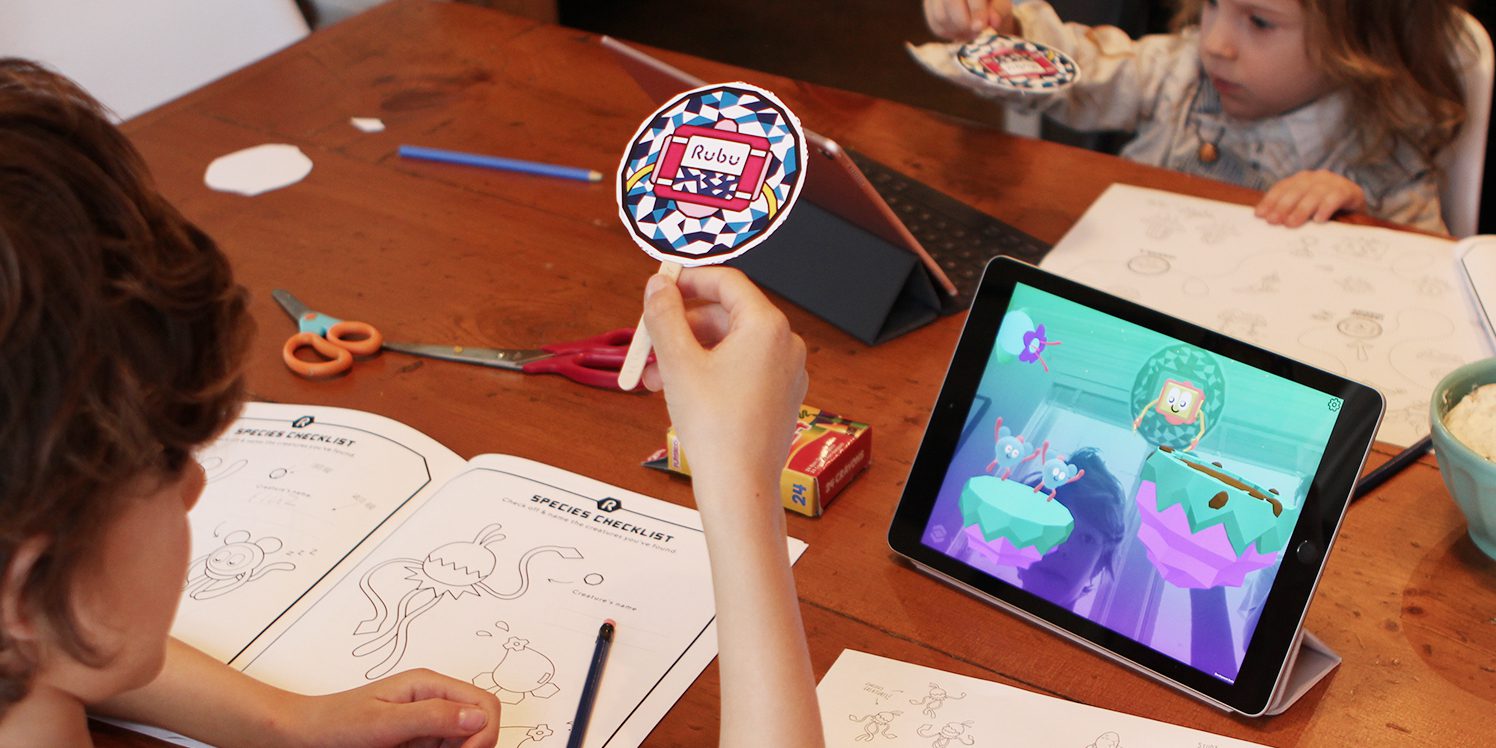 Canadian startups are supporting students, parents and teachers by offering educational products that are engaging, affordable and (actually) fun.

Like a lot of parents during the COVID-19 pandemic, Colette Bayani-Thody, a Fergus, Ont. mom, spent months during Ontario’s spring 2021 lockdown working from home only steps away from her young children. And it didn’t go so well.

Bayani-Thody couldn’t help but listen in on her daughter Mya’s rollicking grade-one class held online each day. It was loud. The kids were all talking over one another. The teacher’s internet cut out periodically.

“Then you’d hear random things like, ‘Does anyone want to see my stuffy?’” says Bayani-Thody. “I don’t think Mya learned very much.”

But it wasn’t until her daughter Mya told her she didn’t like math anymore, that Bayani-Thody started to truly worry. Unlike her nine-year-old son, who had already learned to read, write, add and subtract before the pandemic started, Mya’s educational foundation had barely formed. In fact, it was already cracking. Bayani-Thody could tell her daughter was falling behind.

She’s far from alone. Numerous studies around the world have shown that student learning gaps have developed in numeracy and literacy skills as students shifted their education online, particularly for those from lower socioeconomic backgrounds. According to University-of-Waterloo research published in May, public school closures during the pandemic may have resulted in learning losses of 3.5 to 6.5 months or more. Even before the pandemic, in-school learning was proved to be more effective than distance learning. Provinces across Canada have already earmarked millions of dollars to assess and address education gaps so children who fall behind now don’t face worse outcomes in the future.

But imagine how wide the gaps could have been without the technology that students, teachers and parents have come to rely on when schools shut down. As the pandemic’s fourth wave rolls on, the education technology industry will have to continue to step up, says Alex Peters, co-CEO of Prodigy (a startup from Oakville that makes educational video games), especially for those students who struggled to learn entirely online.

“There’s going to be a lot of time and effort that needs to go into making sure that students catch back up as much as they possibly can,” he says.

Solving this problem is leading to a boom in education technology and investors are taking notice. Market research firm HolonIQ indicates that globally, education-technology (edtech) firms raised more than U.S.$10 billion in funding across 568 deals in the first half of 2021. Prodigy itself raised an astounding $159 million in funding in late 2020.

It helped that with millions of users before the pandemic, Prodigy already had name recognition. So, when teachers, parents and kids scrambled to find supports for learning math at home, the company was ready. Co-CEO Rohan Mahimker estimates that when the pandemic hit, about a quarter of all North American students from grades one through eight were active users.

“Education has just been transformed overnight,” says William Zhou, founder and CEO of Kitchener-based Chalk, which links teacher planning with their curriculum, and helps educators stay organized. By his estimation, the whole edtech industry has been pushed forward by about a decade in the past 18 months. As more teachers transition to software to plan lessons, Zhou is planning to continue to hire and grow the company, which currently has hundreds of thousands of users.

Yet while the pandemic has accelerated education technology adoption, it has also shone a light on possibilities and limitations, says Travis Ratnam, co-founder and CEO of Knowledgehook, in Toronto.

“COVID-19 has allowed us to have this conversation in a way that we couldn’t have had before,” he says, explaining that the pandemic accelerated adoption rates. “Now everyone can see it. They can see the role that technology can play, but also where it can’t.” 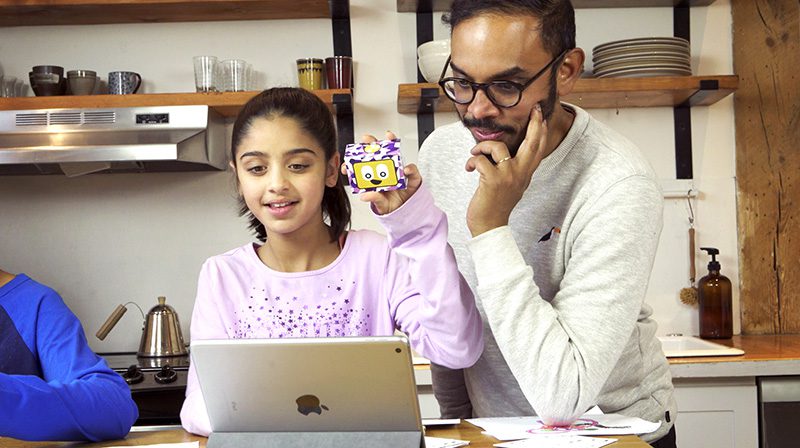 Winner of Google’s Game Changer Award and named a top disrupter by BNN, Knowledgehook works with school districts to give math teachers support and the ability to assess their students with more precision. Got one who is struggling? Or a dozen? The software pinpoints the exact problem — say, adding fractions — and offers solutions for the classroom and at home. Ratnam is quick to point out, though, that software like his is meant to help educators succeed, not supplant them.

“Anyone who thinks that technology can replace teachers is on the wrong side of history,” he says. He calls the balancing act between technology and in-person learning, “nuanced.”

Ratnam was inspired to create the company in response to his own experience as a boy. Bullied in elementary school for being the poorest performing kid in class, his father, a former math tutor in Sri Lanka, spent hours with him poring over math problems. Ratnam eventually excelled and went on to study engineering at the University of Waterloo before landing a coveted job at Microsoft. He admits it took time to feel like he deserved to be there, though. For months, he didn’t bother decorating his office.

“I really felt like an impostor. I thought I was going to get kicked out. It was only a matter of time,” he says.

It wasn’t until he received accolades for solving a major Microsoft Office problem that he felt confident enough to build a company, one that would merge his two loves: technology and making an impact. He wanted to give struggling math students a leg up, just like his dad gave him. By supporting the teacher, he supports the student.

With millions of users, the company now offers products in English, Spanish and French, and has plans to break into other subject areas, too. He and his co-founder Qamar Qureshi aren’t too worried that students will be too tired of looking at screens to want to play the math games online when the pandemic is over either.

“We’ve made it highly gamified,” says Qureshi. That’s code for “fun and addictive.” “For us, it’s about more purposeful screen time. There’s an efficiency in the screen time.”

“Purposeful” is one way to describe the work of Gepeto, too. The Toronto company creates play-based tools using technology to help kids with autism and other cognitive exceptionalities learn and grow. Children play educational games, controlling characters using augmented-reality technology that mimics a physical puppet and responds to their computer screen.

During the pandemic, Gepeto partnered with Surrey Place, which offers supports and services to kids with autism and their families. When lockdowns halted clinic hours and face-to-face time, kids lost the individualized help. Suddenly, there was a big education hole.

Gepeto is now taking a deep dive into research to find ways to fill it — and would like to see some kind of standardization long-term, too. Clinicians tend to use a hodgepodge of tools to help kids build motor, communication, problem-solving and social interaction skills. Founder and CEO Ram Puvanesasingham is hoping to build a better mousetrap — that actually collects and tabulates data for the healthcare professional and parents to share, no matter where the child learns and plays.

“That’s the big insight. It’s drawing on relatively common activities, but adding this layer of digital thinking and data capture that would become very useful to everyone,” he says.

While blending digital and in-person learning is likely to be the way of the future for any child, mom Bayani-Thody just feels grateful her kids are back in school this fall. She’s even signed Mya up for tutoring.

“The first thing she asked was, ‘Is it in person?’” Bayani-Thody remembers now. “I just hope the cases remain low and they have an uninterrupted year.”

MaRS believes “innovation” means advancing Canadian technology for the benefit of all people. Join our mission.

Future of freight: How autonomous vehicles will change delivery

The financial sector doesn't prioritize climate change. Here’s why it should.

“Being comfortable with uncertainty is now a competitive advantage”