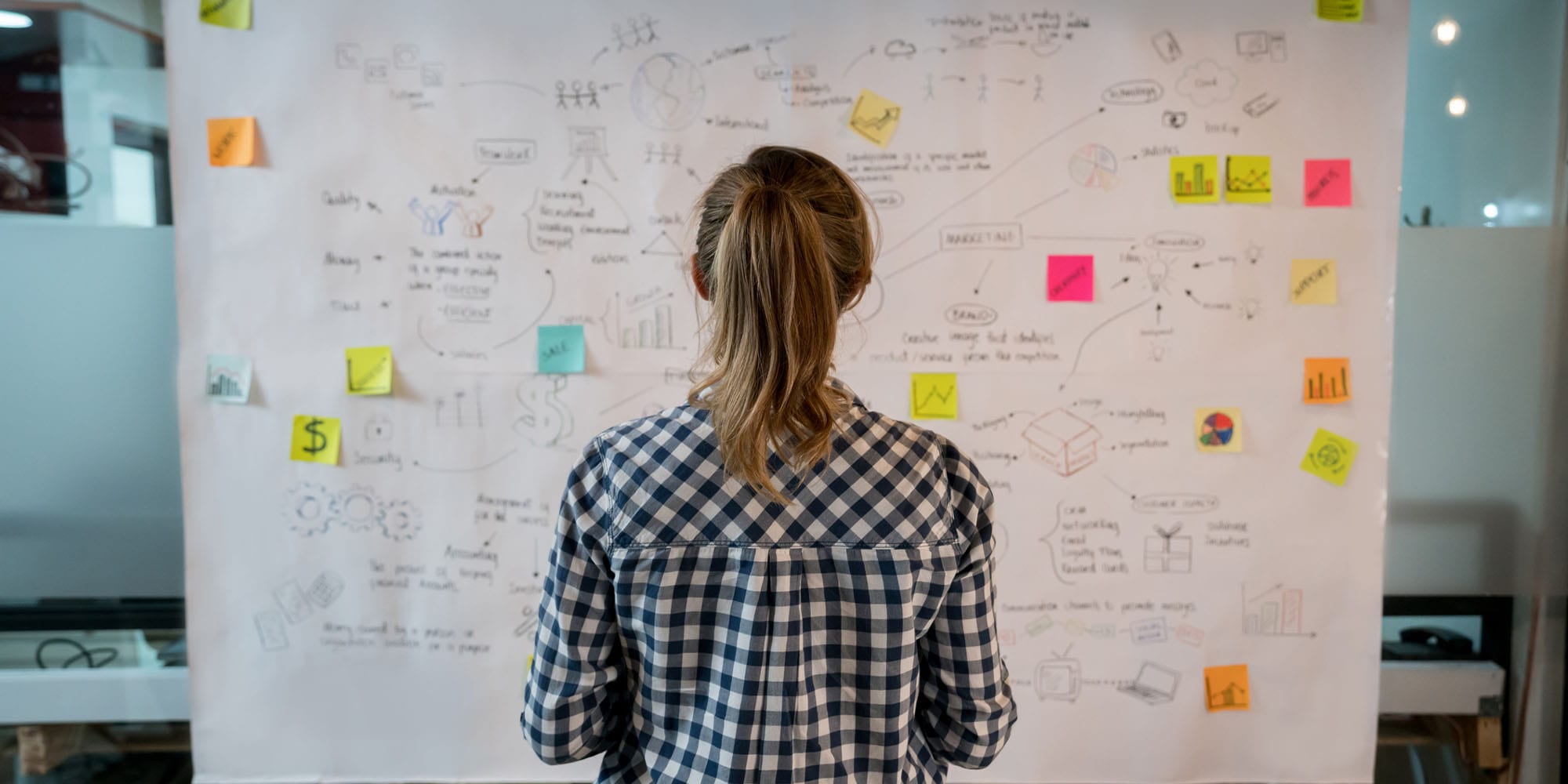 There’s no magic formula for creating entrepreneurial brilliance. There are, however, things you can do that can increase your chances.

Every successful entrepreneur hates this question: “Where do you get your ideas from?” There is no one true answer. Great business ideas don’t manifest because you want them to. At best, they surface sporadically and parboiled from the metaphysical soup of your brain, a big bowl of memories, impressions and disparate facts. And while there isn’t a magic formula for creating entrepreneurial brilliance, there are, however, things you can do to increase your chances.

Consider Canada’s startups — concrete proof that inventive thinking comes in unexpected forms. (Did anyone predict an online snowboard shop would become the country’s largest public company?) For these enterprises, it’s all about creating the conditions that foster innovation.

Here are seven ways to generate better ideas for your business.

Back in 2013, fledgling cleantech startup Nanoleaf set out to make the world’s most-energy efficient lightbulb. And it did. The problem was the lightbulb was too expensive and sales were poor. “We realized then that broader market appeal was the key to broader impact,” says co-founder and CEO Gimmy Chu. So, brilliant aesthetics became key to Nanoleaf’s strategy. Assembling a team of top-notch designers, the company ditched bulbs for technicolour, LED wall panels that mimicked sunshine. These new devices could react to music and human touch, be programmed by phones and tablets, and still maintain strong energy efficiency. Today, the company sells products in 45 countries, with offices in Toronto, Paris and Shenzhen, supporting everything from art installations to therapeutic practices. Chu explains his team’s growth this way: “If you want to create something revolutionary, something people love, you have to think like an artist.”

2. Give your team flexibility

Studies routinely show that flex hours increase productivity and improve talent attraction and retention. Just ask Shonezi Noor, director of operations at Toronto-based Sampler. Noor had suffered a concussion before being hired, but the company’s progressive HR policies allowed her to excel in her new role. When Noor had a physiotherapy appointment in the afternoon, she could start work earlier in the morning; if she was feeling light-headed, she could go home and make up the time later. “The team always made me feel valued,” Noor says, “And, finally, thanks to my recovery, I can apply myself fully.” For Sampler, being a good employee isn’t about working a set number of hours. It’s about achieving goals in a manner that suits one best. Still, founder and CEO Marie Chevrier admits flex hours can be difficult to implement, so she encourages the curious to run pilots, invest in tools such as Slack and Zoom, make all work calendars public, and never stop checking in with employees. And this approach is more relevant than ever, what with the majority of Canadians preferring to work remotely in the face of the ongoing coronavirus emergency.

Yes, it’s time to talk about dogs. More than just walking hugs, canine coworkers reduce stress, invite physical activity and promote team bonding — all good ingredients for cooking up great ideas. Having dogs in-office also relieves workers of paying for expensive walkers and sitters. So, it’s no surprise that startups like SoapBox (a software company that makes its bread on fostering meaningful employee interactions) enlist dog teammates to boost culture and draw hard-working humans. After onboarding the team’s five furry friends, SoapBox immediately saw a rise in productivity, not to mention an uptick in unchewed shoes. Founder and CEO Brennan McEachran loves being inspired by his cheery brigade of pooch pals. But how would he address entrepreneurs on the fence about interspecies workplaces? “Why are you skeptical?” says McEachran. “Who doesn’t like dogs?”

Nine days before the World Health Organization made an official statement about COVID-19, Toronto-based startup BlueDot had already alerted its clients about the novel virus spreading rapidly out of Wuhan. The company’s incredible AI technology (informed by a seemingly bottomless reservoir of public health sources, moderated reports, news feeds, flight itineraries and other data) was built to predict such a crisis. But it wasn’t built overnight. For seven years, founder and CEO Dr. Kamran Khan tirelessly assembled a diverse team of more than 50 experts to power and fine-tune the mind of his machine — doctors, data scientists, geographers, veterinarians, software developers, epidemiologists, etc. Now called upon by heads of state to help track and contain the coronavirus, Dr. Khan says BlueDot would not be in such a position of prominence without his cosmopolitan workforce. “We had to learn to speak each other’s languages; understand each other’s perspectives,” he says. The world entire, united by the goal of eradicating COVID-19, is now trying to do the same.

Entrepreneurs often come up with the best ideas when they have other people in mind. Vancouverites Stephen Ufford and Tanis Jorge had founded and sold three data-driven businesses earlier in their careers, and were looking for a way to create broader social good through tech. In 2011, they started their company Trulioo after watching a news segment wherein an Indian woman was moved to tears upon seeing her Facebook profile for the first time. You see, in the developing world, close to one billion people don’t have an identity record, making it impossible for them to benefit from something as simple as a bank account. Trulioo set out to change that by verifying digital identities and boosting security in transactions, thus making financial services fairer and more inclusive. “We’re on a mission to make sure no one is left behind and everyone can participate in the modern digital economy,” Ufford and Jorge have said. By 2018, Trulioo’s proprietary platform had the power to verify up to five billion people and 250 million businesses. And the startup’s empathy is being heralded. This past June, the World Economic Forum added Trulioo to its 20th cohort of Technology Pioneers, an unmatched list of firms with the greatest potential to improve global prosperity and well-being.

Entrepreneurial goodwill can also be born from trying to heal wounds from within. It was through great personal pain that Adam Blackman found renewed purpose as a businessperson. Already a physician and founder of a sleeping-clinic network, Blackman’s world was turned upside-down when his 91-year-old grandmother, Rose, began having numerous health issues. In and out of the hospital, she quickly declined before dying in a nursing home. Devastated, Blackman made it his professional duty to better serve the elder population. “All people should have the right to age at home,” he says. “I realized then that technology could and should play a bigger role.” Today, Blackman is co-founder and CEO of Mavencare, a startup that provides personalized healthcare and specialty treatment for seniors. And elder care has never been so important. In Canada, the pandemic has ravaged long-term care homes, representing roughly 80 percent of all COVID-19-related deaths. The UN also expects about 1.9 billion people to be over the age of 65 by 2050. These stark statistics are forcing Canadians to rethink healthcare. “We’re all trying to tackle massive societal challenges, not for personal gain, but for the public interest,” says Blackman.

No CEO has all the answers. The key is to surround yourself with talented people who can point you in the right direction. And there’s nothing like an international pandemic to focus minds. When the COVID-19 crisis hit, Dave Caputo felt compelled to support front-line workers. His startup Trusscore, headquartered in Palmerston, Ont., was known for making building materials, and had manufactured large, extruded panels to help hog farmers manage African swine fever. But what to do about the human disease at-hand? After a brainstorm session, Caputo and his team soon recognized that their barriers could be reconstructed as hospital-grade temporary walls to the tune of 400 a day. By listening to his employees and trusting their skills, Caputo was able to both fight the coronavirus and generate new business opportunities. Even Prime Minister Justin Trudeau took notice, mentioning Trusscore in one of his daily coronavirus press conferences which, in turn, helped fuel the company’s oversubscribed $5.33-million financing round in May.

How Canada is fighting the war on talent

14 Canadian startups on a hiring spree this October