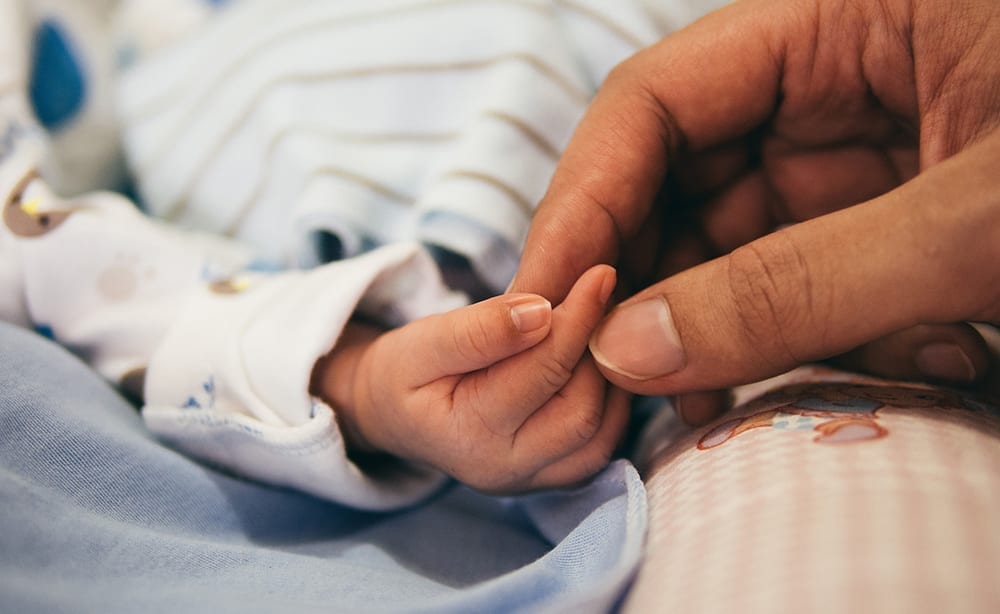 First smile, first words, first steps. Infancy usually follows a reassuringly predictable pattern. But for around three per cent of babies in Manitoba, life is marked by a darker set of milestones. These children are born to vulnerable women and soon after birth, removed by child protective services.

Most will be separated from their mothers and placed in care before they are one month old. They’ll likely spend at least 50 days of their first year in care, and a quarter of them will still be there when they reach their 12th birthday.

When they age out of the system as teens, their problems are far from over: unemployment, homelessness and prison await many. And those who go on to become parents themselves are likely to see the cycle repeated, with their own children taken into care, perpetuating problems for another generation.

Innovative ideas are needed to break this cycle of despair.

One idea that has shown promise in Manitoba’s First Nations communities is to revive the traditional practice of connecting vulnerable mothers with doulas—support workers who provide education, advice and companionship throughout pregnancy and the first few months of motherhood.

MaRS, working for the Manitoba government, assisted the Southern First Nations Network of Care and Wiijii’idiwag Ikwewag (also known as Manitoba Indigenous Doula Initiative) to create a program that extends this support to nearly 200 at-risk mothers and their children.

Restoring the Sacred Bond is aiming to cut the average number of days that babies of participant mothers spend in care during their first year of life. If it meets its targets, the Government of Manitoba will reimburse the Bond’s investors and pay them a dividend. If it fails to create these benefits, the program will wind down in a manner consistent with the best interests of the children, and the investors will lose their money.

MaRS Centre for Impact Investing advised the Southern First Nations Network of Care on structuring the SIB and helped it secure investors.

MaRS previously helped create Canada’s first large-scale SIB, which provided capital for Heart and Stroke to run an initiative called Activate. It helps people at risk of developing high blood pressure control their condition, and to date, more than 11,000 Canadians have benefitted from Activate’s reach across urban areas in Ontario.

The SIB model is rooted in the idea that prevention is under-valued. Issues like child separation and high blood pressure are warning signs of bigger, harder-to-solve problems. But government funding is stretched thin. The need for remedies to immediate issues – like police to investigate crime or surgeries to save heart attack victims – is so great, there’s little left in the public purse for preventive measures, especially those that are new and unproven. SIBs plug this gap. By taking the risk off the government and putting it onto investors, the model creates space to innovate and devise programs that work for their communities.

It is anticipated that the doulas in Restoring the Sacred Bond will educate mothers on pregnancy and parenting, direct them to community resources and re-connect them to their Indigenous culture through, for instance, birthing ceremonies. But exactly how the program delivers its service will be determined by the Southern First Nations Network of Care and Wiijii’idiwag Ikwewag, which are free to innovate and follow what works best to hit the targets.

If they succeed, they will ensure that 200 children taking their first steps will be heading in the right direction.

Eight investors have put up the capital needed by Southern First Nations Network of Care and Wiijii’idiwag Ikwewag to provide doulas for two cohorts of mothers during the two-year project. Health in Common, an independent evaluation organization, will collect data on the mothers and babies in the program, and then compare their progress to a control population. If babies in the program spend 25 fewer days in care than the control group, it will be deemed a success and the Government of Manitoba will pay investors a dividend. If the reduction is less than 10 days, it will be deemed a failure, the province will keep its money and investors will lose their stake.

A note of thanks

Significant effort went into developing Manitoba’s landmark social impact bond. It’s important to recognize Manitoba’s commitment to innovation and those that were involved in this project, as well as the generous investors that will back the program. I would also like to recognize my colleagues Duncan Farthing-Nicol, Jason Sukhram and Matthias Pries, who contributed the technical advisory necessary to get this project over the finish line.

20 Canadian entrepreneurs to watch in 2020

The innovative ways capitalism can fix itself