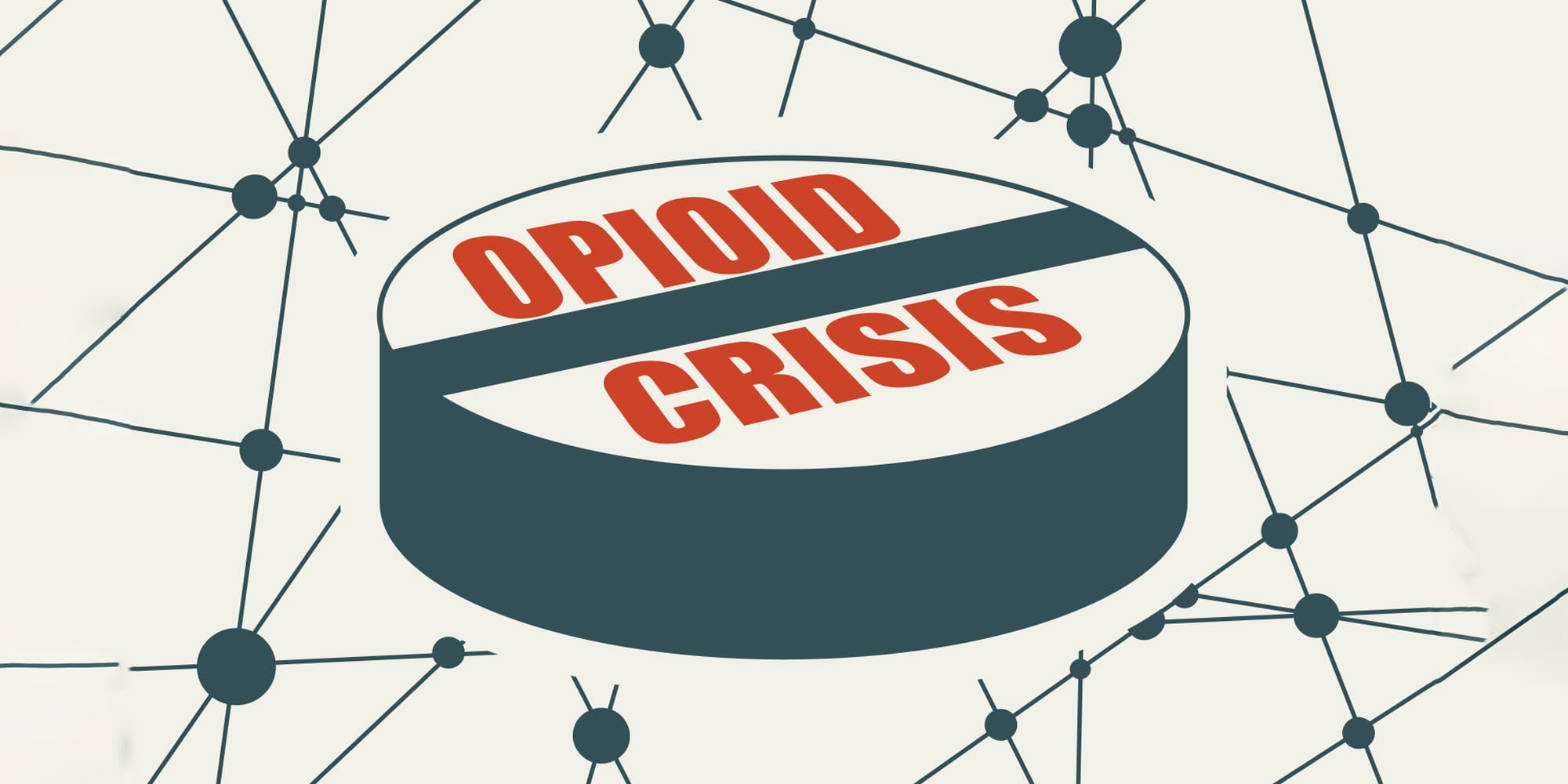 The global coronavirus pandemic is making Canada’s opioid crisis worse. With increased isolation, economic hardship and mental-health stresses, more Canadians have been using opioids and dying alone. Western Canada has been hit particularly hard, with the overdose death rate roughly doubling in Alberta and B.C. from the first quarter of the year to the second.

Oona Krieg and Shawna Blomskog have been working with Brave Coop, a Vancouver- and Columbus-based tech company that works to prevent fatal overdoses. Brave is founded on the principles of inclusive design, enlisting former and current drug users in the creation, testing and promotion of its products, to make sure they work for intended clients. Krieg and Blomskog helped design the Brave Button — a cap-sized device that allows drug users to call for supervision or support — which, in June 2019, helped Brave co-win the MaRS Opioid Data Challenge. Made for housing facilities, shelters, harm reduction organizations and public facilities like bathrooms and libraries, the button has already saved hundreds of lives and collected data sorely lacking in public health circles.

Here, Krieg and Blomskog share the harrowing events that led them to a career in the tech sector, how Vancouver can be a world champion in the fight against stigma and overdose death, and why private-sector leaders should hire workers from unexpected places.

What was your experience with drugs before joining Brave?
Oona Krieg: I started using drugs at a young age. I was heavily involved in the Vancouver party scene. Eventually, I lost my artist studio and home and became homeless. A lot of people helped me in my moment of need — that was a major course correction. I went back to school and I’ve been involved with anything I consider good community work: empowering victims of sexualized violence and women doing survival sex work; drug recovery programs; poverty reduction. I’m trying to use my creative energy to stop people from falling through the cracks in the system.

Shawna Blomskog: I lived a white-picket-fence life until I was 30. Then, I left my husband and started partying. Next thing I knew, I was an everyday drug user losing everything. I remember the day I phoned my mom and told her I was addicted to crack. After, I went to my first Narcotics Anonymous meeting and it was an incredible weight off my shoulders. I have a terrific support system. I don’t want to disappoint them, so there’s a great pressure not to relapse. But also, for the longest time, I was told that I would never amount to anything because of my history. I have a responsibility to prove those people wrong; to end the stigma around people that use drugs.

When did you realize that technology could help tackle the opioid crisis?
O.K.: In early 2018, I met Brave’s CEO, Gordon Casey, and CTO, Mario Cimet Dattoli. I was skeptical that tech could help overdoses, however, after realizing Brave’s product fostered human interactions, I was onboard. The beauty of tech solutions is they can be offered in a global sense; they aren’t locked down to one community or location. The overdose epidemic is international, and wherever you go, the reason for fatalities is the same: social isolation. Brave tools mitigate isolation and can be adopted in any region. For myself, this was the only opportunity I’d ever come across that could actually make a difference in overall fatalities. I was excited by the vision.

S.B.: I was doing peer work for RainCity, a non-profit housing organization, when Brave approached us about running the Brave Button pilot. Our building was in the heart of Vancouver’s Downtown Eastside and home to about 20 at-risk women. At first, I didn’t think residents would go for the button — many of them experience psychosis, so there is a fear of being watched or spied on. But the more Brave explained to me how the tech worked, the more impressed I became. I was asked to manage the project, and after a few weeks, gained the trust of all the tenants. They appreciated that it was about keeping everyone safe.

What has the response been from the community?
S.B.: Vancouver is a complicated place but we have strong communities here. We get singled out on the news, but let me tell you: the corner of Main and Hastings is where the family begins — it reaches out across East Vancouver, and we’ll do anything to stop each other from dying. The hardest part of living here is seeing people lying in the pouring rain with nowhere to go. To them, I say, “Don’t be afraid to ask for help.” And to those that can help, I say, “Don’t be afraid to learn. You’d be amazed at how much the community has to offer.”

O.K.: I do spend quite a bit of time working for Brave in Ohio, too. That state has roughly the same overdose-rate increase as Canada since the COVID-19 outbreak; there’s lots of daily loss and similar poison in their drug supply. Ohioans have different political and socio-economic challenges, though everything that happens in America echoes (perhaps covertly) here, too. But our access to healthcare and wider social net are huge in tackling the opioid epidemic.

What projects are you working on now?
O.K.: There’s a real groundswell of citizens joining the Brave cause. We’re always looking to improve our products, including the new Odetect, a non-contact bathroom sensor — it’s like a smoke detector for motion and respiration — as well as the second version of our overdose response app, BeSafe, set to be released this December. Things are accelerating really fast, so we need to thank MaRS, the NRC IRAP Innovation Assistance Program, and many other grants and organizations. And, of course, the buttons are starting to blow up. It’s all very exciting.
S.B.: I’m mostly excited about sharing the button with our future housing-project partners. If I could help every single place where people were using alone, I would in a heartbeat. There are people right now, sitting in their rooms, dying by themselves and they won’t be found for days. It’s horrifying. Drug users need to know that society cares about them. And this emergency affects everyone, not just “downtown junkies.” There are closet users, for example, who turn to the streets to stave off withdrawal when they can’t get prescription painkillers. Then they buy fentanyl and they’re dead. Drug users are family and friends. We can’t ignore this anymore.

Some people might be skeptical about hiring drug users. How would you change their minds?
O.K.: There’s a small but loud faction that still believes drug users should just die or be abstinent forever. That’s just cruel and ignorant of physical and mental health. At the end of the day, mostly everyone used drugs in one form or another in their lifetime. We don’t see the need to have the distinction between “good” and “bad” drug users. Any organization should be aware they’ve hired from this community, they just don’t know it. I love Brave because each voice is seen as having value. We hire people who can do the job and work together in an anti-stigma framework.

S.B.: You need to look beyond the drugs and gaps in the resume. Look at the person sitting in front of you; listen to their voice, drive and enthusiasm. Drug users survive by creating their own families. We look out for each other. That’s the kind of person you want on your team. Look at it this way: users will do whatever they can every single day to get the drugs they need. They’re goal-driven, passionate and creative. They want to succeed and bring others into their lives. Remember, all people are people.

What we’re losing during this WFH experiment