Toronto researchers are on a quest to cure brain disorders 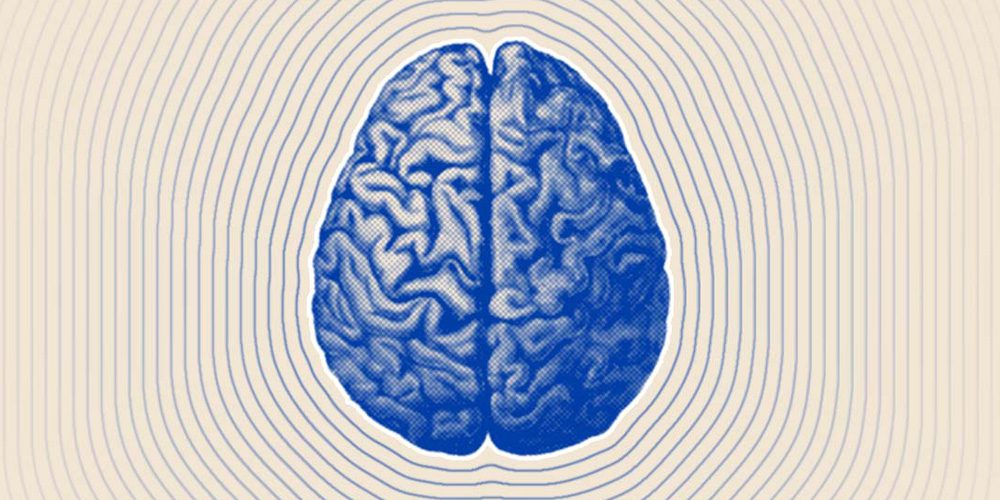 Scientists at the University of Toronto and Sunnybrook Research Institute want to change what it means to age by reversing the effects of Alzheimer’s, Parkinson’s, ALS and stroke.

Isabelle Aubert, a senior scientist at Sunnybrook Research Institute and Tier 1 Canada research chair in brain repair and regeneration, has seen what healthy old age can look like. Her grandmother, who lived to 104, loved to sing, dance and even arm wrestle.

“I think that her positive attitude and her sense of humour really helped her to be happy and healthy for so long,” says Aubert, who is also a professor in the Department of Laboratory Medicine and Pathobiology at the University of Toronto. “I want healthy aging to be possible for everyone.”

In stark contrast to her grandmother, someone close to Aubert now has Alzheimer’s disease. “It is super hard to see loved ones struggling to function, to see them realizing their memories are fading and their capacities declining,” she says.

Yet it’s something more and more of us will have to face.

Over the past century, life expectancy in Canada has shot up by more than two decades to about 80 for men and 84 for women. But age is a major risk factor for neurodegenerative disorders such as Alzheimer’s, Parkinson’s, amyotrophic lateral sclerosis (ALS) and stroke. Alzheimer’s, the most common neurodegenerative disorder, affects one in nine people over the age of 65 and one in three over the age of 85, according to the U.S.-based Alzheimer’s Association.

“We will be facing the tsunami of aging disorders,” says Aubert. 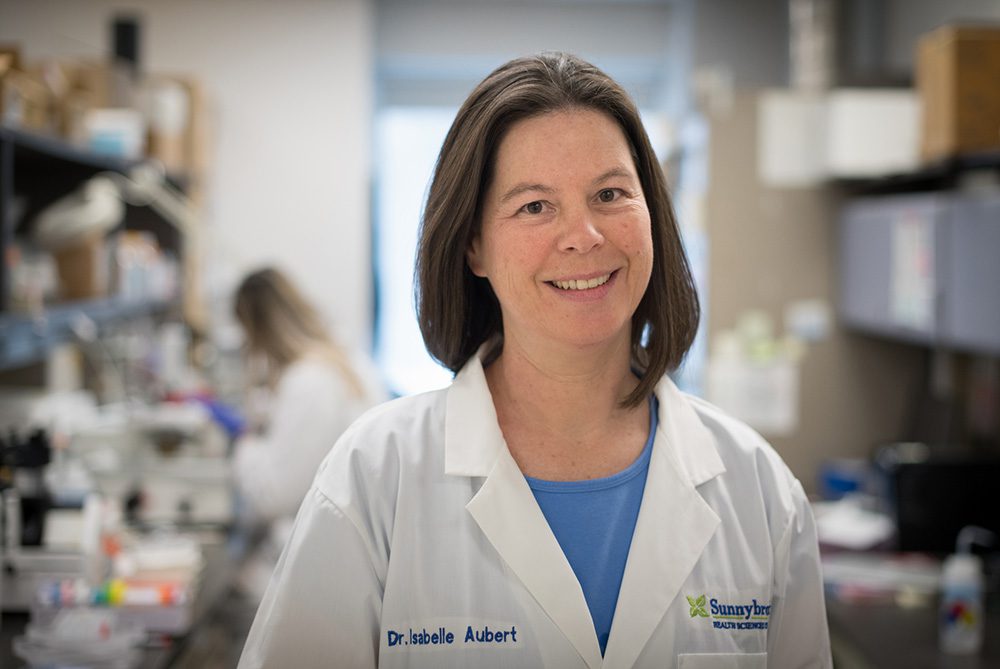 Toronto scientist Isabelle Aubert, seen here in her lab at the Sunnybrook Research Institute pre-pandemic, is working on treatments to protect the brain and repair it after illness or injury. Photo credit: Kevin Van Paassen/Sunnybrook.

In neurodegenerative disorders, neurons are damaged or destroyed, leading to impaired functioning, whether physical, mental or both. They have no cures, few treatment options and devastating effects. Drugs for Alzheimer’s and ALS, for instance, only slow the progression of the disease. For stroke survivors, rehabilitation is the only option after emergency treatments and has limited success.

Aubert and other scientists are trying to change that by developing treatments to protect the brain and repair it after illness or injury. To help speed up the development of these potentially life-extending treatments, Medicine by Design, a regenerative medicine hub at the University of Toronto, is bringing some of these scientists together. For instance, Aubert is on a team that’s working on a novel gene therapy to essentially reprogram brain cells. As Michael Sefton, executive director of Medicine by Design, says, “it’s feasible science fiction.”

This research has the potential to change how neurodegenerative disorders can be treated, unlocking a much higher quality of life and changing what it means to age.

“A hundred years from now, many diseases that we worry about today will be long gone,” Sefton says.

Creating a temporary security pass to the brain

The brain is built to last. Not only is it protected by the skull, it’s also insulated by a network of cells and tissues called the blood-brain barrier. This system acts like a filter, protecting the brain from toxins but also blocking potentially helpful therapeutics — medications, enzymes, antibodies and genes.

Aubert is aiming to bypass the blood-brain barrier and deliver therapeutics to specific areas of the brain through an interesting method: using low-intensity focused ultrasound guided by MRI — a technology pioneered by fellow Sunnybrook researcher Kullervo Hynynen.

Aubert points out that some therapeutics that worked beautifully when put directly into the brain in tests didn’t work when they were injected into the bloodstream. For instance, studies have shown that less than 0.1 per cent of antibodies that may help treat Alzheimer’s make it past the blood-brain barrier. Some of those therapeutics could be “rescued” by focused ultrasound, she says.

Focused ultrasound is like a temporary security pass, allowing short-term access to the brain so therapeutics can get where they need to go. Here’s how it works: Aubert and her colleagues use MRI to visualize the part of the brain they want to treat. They then inject microbubbles into the bloodstream and use focused ultrasound to make the microbubbles vibrate in those specific areas, which temporarily opens the blood-brain barrier. The next step is injecting therapeutics into the bloodstream, which will get to those targeted areas. After treatment, the blood-brain barrier closes up again within a few hours.

Aubert says this minimally invasive technique can be used to help treat any condition that requires a therapeutic to get into the brain or spinal cord more efficiently. Her research focuses on Alzheimer’s and she also collaborates with scientists working on Parkinson’s, ALS and stroke.

Aubert’s work in mouse models of Alzheimer’s has shown that delivering antibodies to the brain via focused ultrasound reduces amyloid-beta plaques, a hallmark of Alzheimer’s. She’s also found that increasing the permeability of the blood-brain barrier using focused ultrasound and microbubbles alone reduces these plaques and stimulates the growth of new neurons. “The learning and memory function of those mice was improved,” she says.

Clinical trials conducted by researchers at Sunnybrook and other institutions have also found that it’s safe to use focused ultrasound on patients with Alzheimer’s and other neurodegenerative disorders. The next step is doing clinical trials on therapeutics delivered this way to see if they’re safe and effective, some of which are already underway. 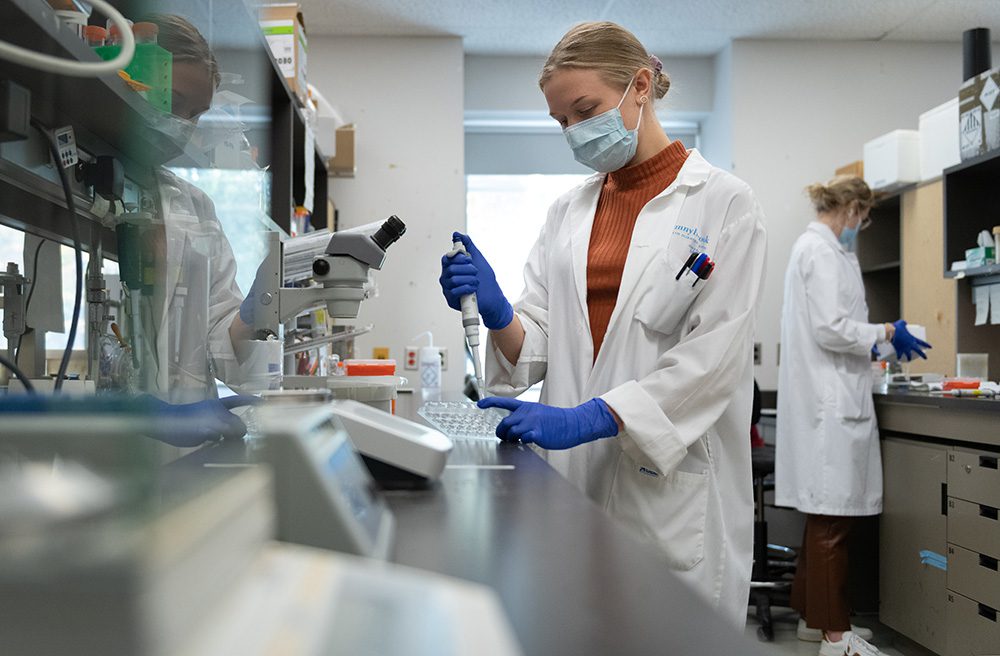 Kate Noseworthy is working with Isabelle Aubert at Sunnybrook Research Institute to develop a method of delivering therapeutics to specific areas of the brain. Photo credit: Sunnybrook.

One big concern with any therapeutic is how long it lasts, Aubert says. If you have a disease that lasts decades and the therapeutic only lasts days, you would need ongoing treatments. One potential solution could be gene therapy, which modifies a person’s genes to treat disease. “It could be revolutionary in terms of having one treatment for a lifetime of benefit,” Aubert says.

Medicine by Design has given Aubert and four other scientists from different disciplines and institutions more than $1 million to investigate this possibility. “No one individual working in their own lab has all the answers,” Sefton says. “We bring together creative people working on novel ideas that will transform how we think about both disease and health.”

Cindi Morshead, a professor and chair of the division of anatomy in the Department of Surgery at the University of Toronto, is leading the Medicine by Design team that’s working on gene therapy to treat neurodegenerative disorders.

“When you lose neurons,” she says, “there’s no way to replace them and you have impaired functioning, so we want to try to make new neurons in the brain.”

To do this, the researchers are converting astrocytes, a type of brain cell, into neurons. Astrocytes have many important functions — they keep the brain in a state of equilibrium, for instance — but they are far more abundant than neurons and can become toxic in some neurodegenerative disorders, killing even more neurons. “By converting them, it’s kind of a double-whammy,” Morshead says. 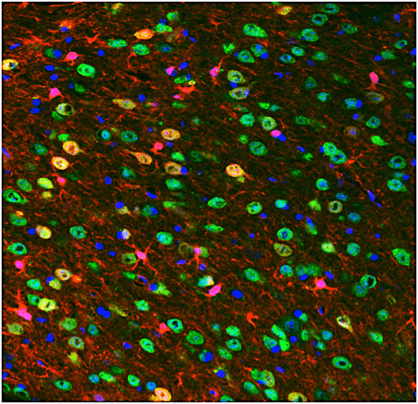 Toronto researcher Cindi Morshead is developing a gene therapy that would convert astrocytes, a type of brain cell (seen here as red), into neurons (marked here as green).

To reprogram brain cells, Morshead and her colleagues are designing novel genes that make neurons and deliver them to astrocytes. To ensure these genes get to the right parts of the brain, they’re using focused ultrasound, which is where Aubert’s expertise comes in.

Working with rodent models of stroke, Morshead and her colleagues have already found that their gene therapy leads to more neurons in the animals’ brains and helps them recover. After treatment, the rodents walk better — they don’t slip or drag their feet as much as before. If and when people can receive this treatment, they may see similar improvements. “For a stroke-injured patient, being able to regain the function to be able to pick up a utensil so they can feed themselves would have a huge impact on their quality of life,” Morshead says.

Aubert says people may be able to receive certain therapeutics via focused ultrasound within years — even months in the case of antibodies for Alzheimer’s — but she and Morshead agree that it will be decades before people can receive the gene therapy via focused ultrasound that they’re working on. There’s still much work to be done and questions to be answered.

For Aubert, the ultimate goal is to help as many people as possible live long, healthy and happy lives like her grandma. “It’s a collective effort that will make it happen,” she says. “I’m optimistic.”

MaRS believes “innovation” means advancing Canadian technology for the benefit of all people. Join our mission.

One vaccine, endless potential: The unexpected benefits from one of the latest COVID-19 vaccines