What it will take to build a net-zero emissions city 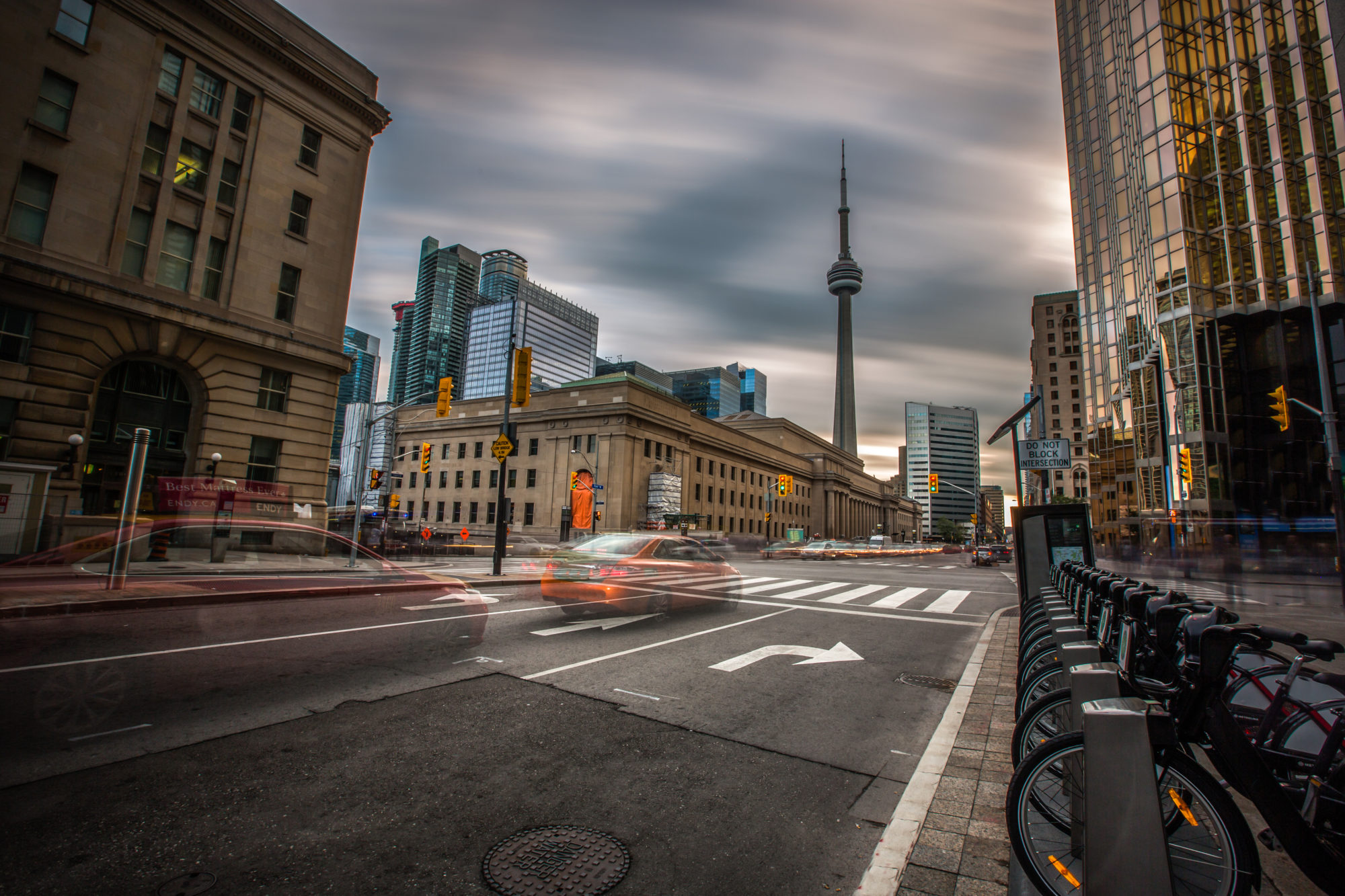 Despite the 2015 Paris Agreement pledge to limit our planet’s warming to 1.5 degrees to prevent a climate catastrophe, global emissions are still climbing. Much of the onus for change falls on cities — they consume more than two-thirds of the world’s energy and create 70 per cent of CO2 emissions. (In 2017 alone, the Greater Toronto and Hamilton Area released 49.2 million tonnes of carbon — an average of 6.9 tonnes per person.)

Cities are also most at risk of the effects of climate change. Ninety percent of the world’s urban areas are on coastlines that will recede as the planet warms and sea levels rise. But because of their high concentrations of people and wealth — more than half the world’s population lives in urban areas that generate 80 per cent of global GDP — cities can play a pivotal role in mitigating the effects of climate change.

But what will it take to create a green city? Here are some of the challenges cities like Toronto are facing and their innovative solutions to overcome them.

Can millions be persuaded to adapt fast enough?

Last October, Toronto Mayor John Tory declared a climate emergency in the city, joining the ranks of leaders in more than 800 cities, including Los Angeles, London and Barcelona, who have made similar announcements. To meet the Paris Agreement’s benchmark, the City’s comprehensive climate action plan, TransformTO, is targeting net-zero greenhouse gas emissions by 2050.

Declaring climate emergencies can help create a new attitude in both the private sector and the general public. “There is no one-size-fits-all solution to the challenges a city faces,” says Linda Swanston, a manager of policy and research in the City of Toronto’s environment and energy division.  “But finding ways to think about big change that feel exciting rather than daunting is a huge part of getting to net-zero emissions.”

The City is partnering directly with the private sector as well as through public agencies like The Atmospheric Fund (TAF), a Toronto-based accelerator of cleantech startups. “Everything we invest in is scalable and has large potential for emission reduction,” says Tim Stoate, TAF’s vice president of impact investing. TAF invests up to $2 million in individual projects that meet their emissions reduction goal of 500,000 tonnes over 20 years within the GTHA.

Instituting long-term change also often requires a balancing act. For example, bylaws passed for one specific purpose may have unintended consequences. Stoate recalls how a bylaw passed to limit the size of satellite dishes on roofs caused a ripple effect when solar panels became increasingly popular. “The bylaw had to be changed because Torontonians’ applications to install solar-powered water heaters were getting denied,” he says. 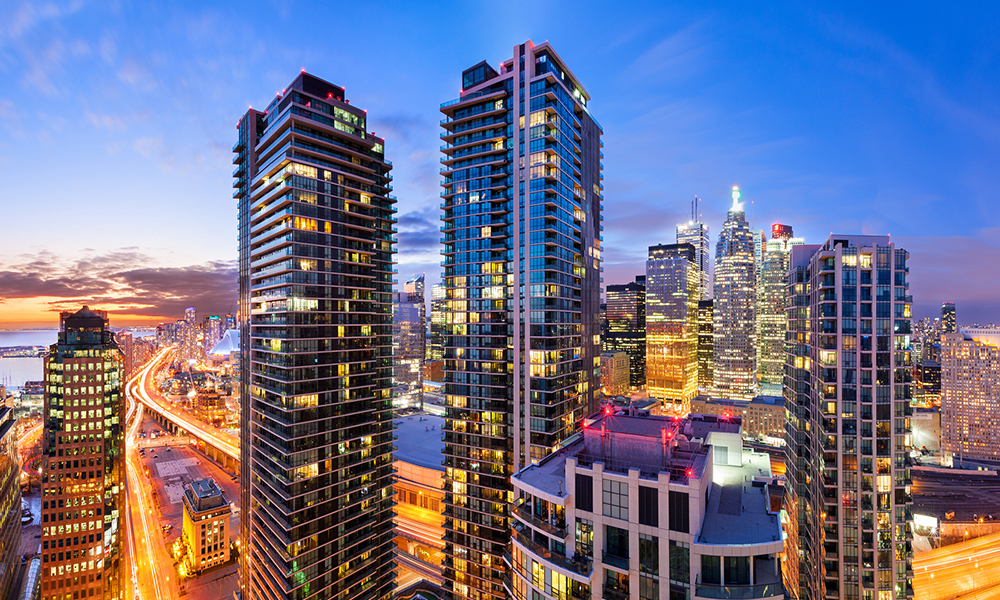 How can tens of thousands of buildings become energy-efficient?

Toronto’s buildings are its largest emissions producer, generating about 50 percent of the city’s greenhouse gases. Los Angeles and San Francisco have committed to all new publicly-owned buildings being carbon free, but policymakers must also contend with older buildings. For example, Swanston notes that Toronto detached homes built in the 1950s simply did not require as robust energy performances as the 30-storey condo towers being erected today.

To support the private sector in curbing those emissions, Toronto recently created the Green Will Initiative, a voluntary program offering technical expertise and best practice-sharing courses to help increase buildings’ energy efficiency. The owners and property managers of 4,500 buildings, covering more than 300 million square feet of real estate have already signed on.

Can cities efficiently phase out cars?

Transportation is most cities’ second biggest emissions culprit — it accounts for about a third of Toronto’s greenhouse gases. That’s why cities are creating designated car-free areas for cyclists and pedestrians. Barcelona, which suffers 3,500 premature deaths related to air pollution every year, has launched a mobility plan banning cars from 60 per cent of its streets. In Copenhagen, city leaders figured out an effective way to reduce traffic congestion and pollution in the downtown core: bicycle superhighways. Nearly 500 kilometres of bike-specific routes will eventually crisscross the Danish capital.

Vancouver, Paris and Mexico City have pledged to transform major areas in their respective cities into zero-emissions zones by 2030. This goal will be met by increasing walking and cycling rates to reduce the number of polluting vehicles, and purchasing zero-emissions buses only by 2025. In a similar move, Toronto has committed to 75 per cent of all trips under five kilometres to be taken via walking or cycling by 2050. To make this happen, the City is implementing new projects, such as the proposed 4.5-kilometre Bloor Street West bikeway extension, as well as adding bike parking and improving sidewalks in pedestrian-heavy areas. 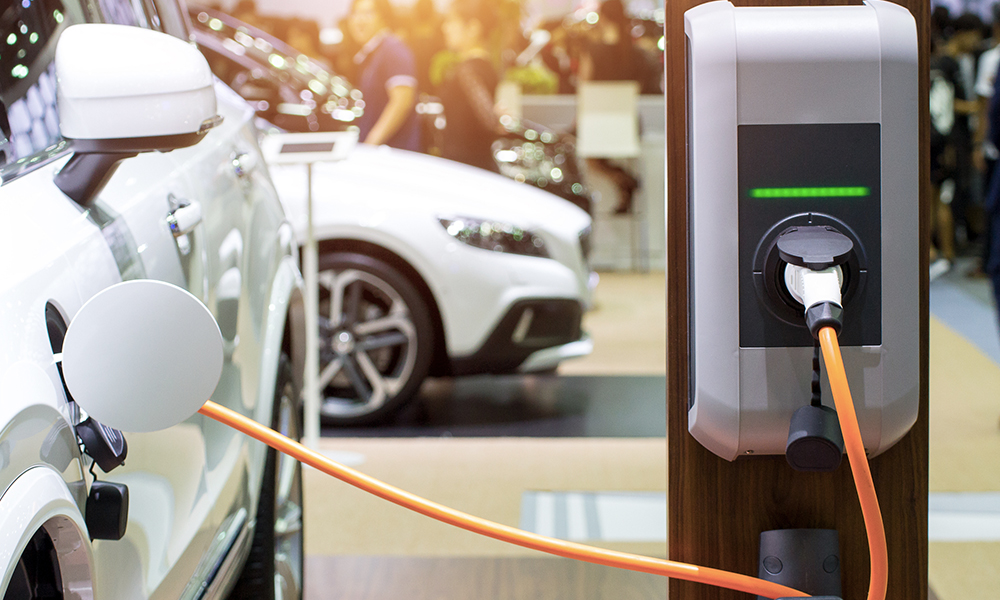 Can cities spark the mass adoption of electric vehicles?

“We are seeing a rapid change in the automotive industry,” says Swanston. In fact, the International Energy Agency estimate that 125 million electric vehicles will be on roads worldwide by 2030 — a massive jump, given that there were only 3 million in 2017.

Toronto recently announced its electric vehicle (EV) strategy, which aims to get 100 per cent of vehicles using zero-carbon energy by 2050. Montreal, Vancouver and Calgary already have similar strategies in place. As part of this initiative, city council approved a one-year pilot project to install 13 residential on-street EV charging stations in Toronto neighbourhoods. By 2030, the City plans to have 10,650 publicly accessible stations, more than 15 times the 675 available today. “Having convenient on-street charging will help the decision-making process to buy an EV,” says Stoate. “If you can’t find a charger, you won’t buy one.”

Is renewable energy a feasible replacement for fossil fuels?

For the past two years, the metro system of Santiago, Chile, has used renewable sources for more than 60 per cent of its energy needs. With five lines and 100 stations serving a population of five million, this prevented an estimated 130,000 tonnes of CO2 from entering the atmosphere in 2018 alone.

Markham-based Pond Tech has a more novel approach to eliminating carbon: algae. Unfiltered emissions from a factory smokestack are pumped into a tank, where algae absorb the carbon. The harvested algae is then processed into safe-to-eat fish food and other revenue-generating products. Pond is currently installing a bioreactor tank at a Lake Erie steel plant — the project’s algae are expected to consume 1.85 million tonnes of carbon over 15 years.

Can cities slow climate change before it’s too late?

Some experts doubt emissions can be curtailed fast enough to meet the Paris Agreement cap of 1.5 degrees. But cities like Toronto are still overhauling their infrastructure with clear and tangible goals. Major urban centres are investing heavily in the global cleantech market, which is projected to exceed $2.5 trillion by 2022.

However, the biggest change has to come in cities’ willingness to adapt and sacrifice to stave off the climate crisis. “We often want change to be incremental to feel comfortable,” says Swanston. But sometimes, she says, transformational change is best.

Tech trends and products that will blow you away in 2020

Is it safe to reflect sunlight back into space? Two climate scientists discuss the risks